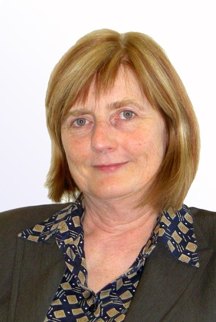 After obtaining a law degree in Manchester, Maureen qualified as a solicitor in 1976. Maureen trained at Kuit Steinart Levy, at the time a leading commercial practice in Manchester. When she got married and moved to Surrey, she joined Stilgoes, who had offices in London and Haslemere. She then moved to Crossman Block and Keith, becoming a partner in 1984; on the merger of Crossman Block with Withers, she became Head of the Trust section of the Private Client Department. In 1988, in order to spend more time with her family, Maureen moved out of London and joined Rawlison and Butler in Horsham, as head of their Private Client Department.

In 1990 Maureen joined W Davies and assumed responsibility for the Private Client Department. In addition, she has responsibility for many aspects of the firm’s management. She remained Head of that Department until 2002. In 2002 Maureen became and remains a Consultant to W Davies’ Private Client Department (even during the 11 years she lived in Hereford, before her return to Surrey in 2017). With more than 40 years’ experience working as a private client lawyer, she is able to cover all aspects of probate, wills, tax and trusts. Regarding the latter, in particular, she has extensive expertise – being involved not only in their creation and termination, but also in their management and administration.

Maureen’s intention is to retire fully one day – but she enjoys her work and the firm is pleased to call on her expertise when required, so she continues to make a valuable contribution.