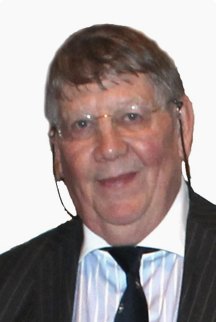 Simon began his Law career in 1960 by taking Articles at W Davies and has remained here ever since. He trained at the Lancaster Gate Law School in London, then at Guildford’s College of Law, passing his final examination with distinctions in five subjects.

Commencing as an Articled Clerk with W Davies, Simon qualified as a Solicitor in 1965, continued as an Assistant Solicitor, was admitted as a Partner in 1969 and became Senior Partner in 2001. He held this last position until retirement in 2013, when he became an independent Consultant.

In a 60-year career, Simon has been involved in most practice areas. Initially, he was involved in Property work, Wills, Probate and Magistrates Court Advocacy. During the 1970s he increased his practice in Company Law (he assisted one company to Stock Exchange listing on one of its secondary markets and subsequently acted to take it to full listing). From 1978 onwards, Simon focused on Commercial Property, with some work for companies, charities and residential property developers. He has also acted for a major insurance company and pension fund – engaging in high-level Commercial Property transactions including Forward Funding Agreements and acquisition of significant investment properties. He has acted for a group of companies known and recognised throughout the World; for many years, he did most of their Commercial Property work, including leases of retail units in Oxford Street and in numerous, major shopping malls throughout the UK. He still acts in a personal capacity for the Principals of this group. For many years, he has acted for two major charities, dealing with their property and company work.

Simon’s areas of practice include: